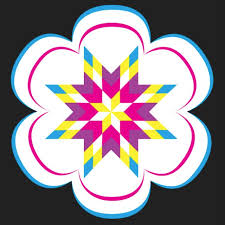 You may have heard the term protocol in relation to working with Indigenous people. The term protocol includes many things, but overall it refers to ways of interacting with Indigenous people in a manner that respects traditional ways of being. Protocols are not just “manners” or “rules” – they are a representation of a culture’s deeply held ethical system.

Some common Indigenous protocols include;

1. Land Acknowledgements -  Acknowledge the land on which you are situated. If you do not know the area, ask someone who knows. Acknowledging the traditional lands is generally done at the beginning of a meeting or event by an Indigenous person local to the area, an Elder, or by the event’s host or facilitator.

2. Always introduce yourself  at the beginning of a meeting. An introduction should include who you are and where you come from, which means your family’s cultural and geographical background prior to being a settler in North America.

Kehteyak (meaning “the Old Ones” in Cree): The concept of an Elder in the Aboriginal community is often difficult for non-Aboriginal people to understand. The difference is in the language: in English, it is a title, a noun. In Indigenous languages, it is a verb that describes the role. Consequently, the English word “Elder” does not capture the full meaning of Kehteyak, or describe what a person does. Every Indigenous language describes the role of an old person recognized as having been earned, and some of these “old ones” are sought after for their wisdom, philosophy on life, cultural knowledge, ceremonies and gifts that have been nurtured over time.

Who is an Elder? What are the proper protocols? How do I approach an Elder to have them bring their gifts, ceremonies and traditional knowledge to campus?

If you are seeking guidance on these questions, please read the Elder Protocols and Guidelines.